I couldn’t resist, it should be Potable Training more of which below.

For the last few years LMSCA members have helped Peak Rail at Rowsley by ‘watering up’ the various charter trains that arrive from the main line. Given that these are much longer than the normal Peak Rail rake there is much laying out of hoses and reels to reach the far end of the train which is well out of the platform. The priority is always to get water into the kitchen car which can take from 45 minutes to over an hour depending on how much they have used on the inward journey. The charters usually stay for about two hours so it’s a rush to get water into every coach and the procedure is to give each tank 10 to 12 minutes ‘on the hose’.

However, I wonder if our services will be surplus to requirements in the future as we hear that the new TOC Saphos Trains is using potable water in all its vehicles, with a tanker of such being sent to servicing points on the journey. We don’t know if the other charter operators will follow suit, but it’s a possibility.

What of the three chaps in the photo? Well my keen photographer wife took the picture while waiting for 70013 Oliver Cromwell to leave Rowsley with the RTC Peak Forester last October, and left to right are myself, Ben Riley and Harvey Coppock – unfortunately my baggy overalls disguise my racing snake figure! We don’t usually get time to watch the loco being turned and serviced but we do get a grandstand view of the departure – and as you see have to be kept behind barbed wire to protect the public.

Incidentally when my wife first showed me the photo I said “Ah, the three amigos”, to which she replied “More like the three reprobates”, honestly, what a cheek! 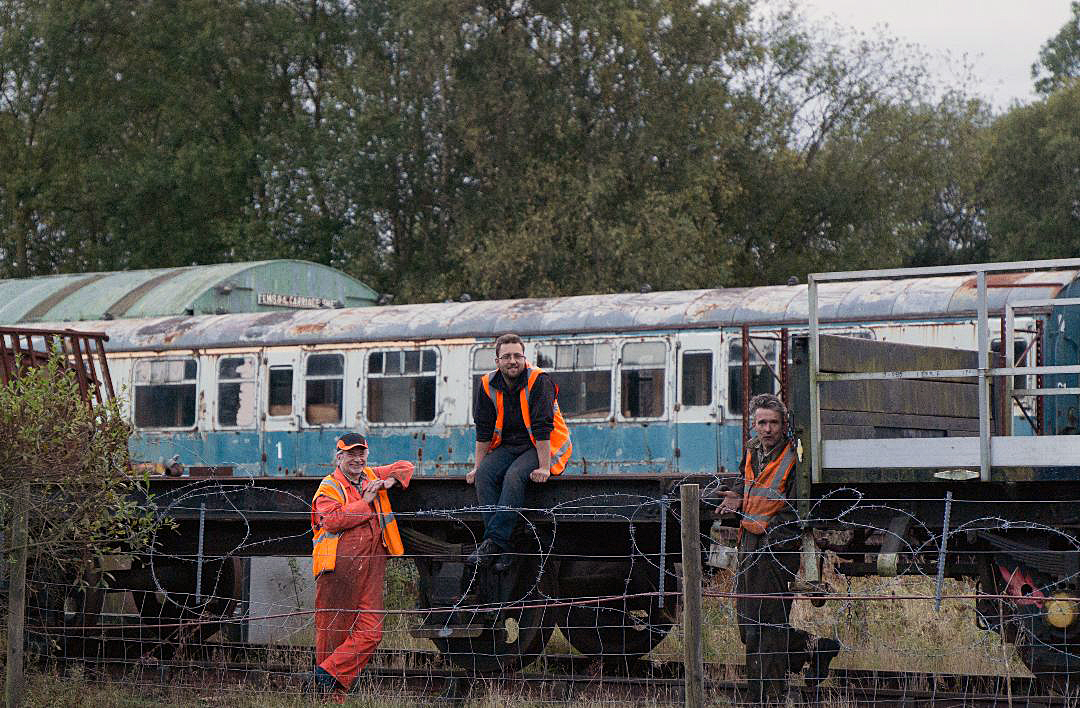