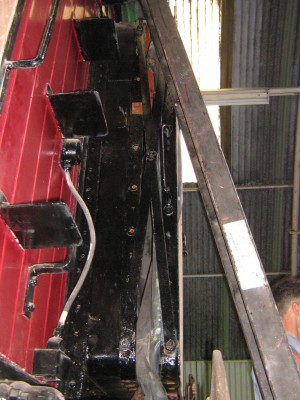 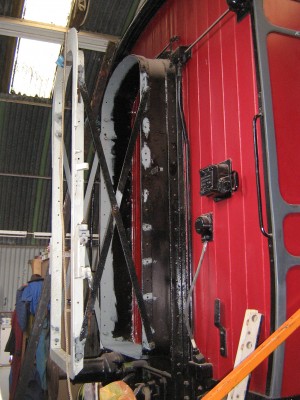 7828’s original south end gangway has been carefully dismantled, and the portal removed for storage along with the plastic curtain. The replacement from 8422, which is fitted with adaptor gear, had already been cleaned down, modifications removed, painted and had the normal pattern of top and bottom swivels fitted. With a pulley system fitted to the shed roof, the new portal was mounted on the old scissors, which have been overhauled and fettled to extend slightly more than previously, as on the vehicle we are copying. The new arrangement allows the gangway to couple to a Mk.1 ‘Pullman’ type gangway and extend further to do so, and incorporates improved swivel provision whilst retaining the ability to work with either type of standard LMS gangway.

The whole assembly is now being painted prior to installation of replacement bellows, then there are a number of clamps and fittings to refurbish as well as new floor plates to process. 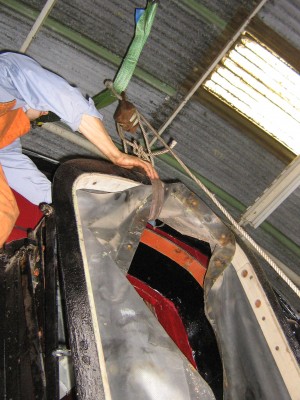