Notes: Recovered intact from Ashford in the 1970s and subsequently restored to original condition, it was planned to use 5987 as part of the National Railway Museum’s proposed LMS main line train which unfortunately for various reasons did not materialise. After restoration at Carnforth and years of storage there 5987 returned to the National Railway Museum early in 2001. Externally restored and repainted in coronation scot livery by 2011, and features in the NRM’s varnish fix transfers video. 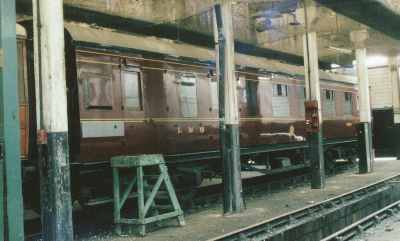