Work continues on the LMS Period One Third Open 7828 at Rowsley. Michael Fearn has fitted the last of the aluminium shielding that goes behind the heater pipes, so with any luck it won’t be too long before the pipes can be refitted – another trip hazard out of the way. The photo shows Michael at work in the larger of the two saloons, in LMS carriage practice this would be the smoking saloon, while the smaller would be non-smoking – now of course no-smoking will be allowed at all!

Now that all the ceiling panels are fitted, have had a coat of brush filler, and been sanded down, attention has turned to the beading which covers the panel joins, plus the bases (correctly known as pattresses) for the saloon lights (correctly known as electroliers). Ben Riley has prepared the bases and beading, some of the latter having had the steam-bending treatment with the aid of Harvey Coppock. The wiring, by the way, has been professionally tested and is fit for purpose. 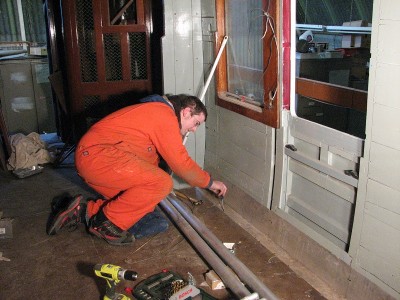 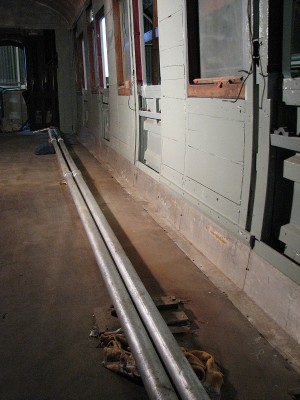 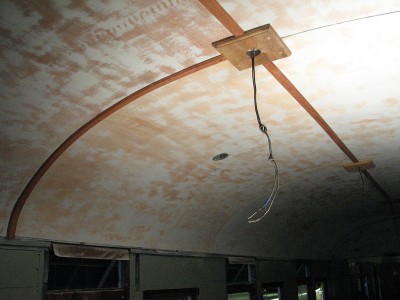